Porsche debuted its new Panamera at the Shanghai Auto Show this year, indicating its commitment to the Chinese auto market

If Porsche’s top executives were concerned last year when the Chinese government imposed a higher tax on high-end imported European vehicles, they can now breathe a sigh of relief, as sales figures indicate that the tax hike did nothing to slow Porsche’s growth in the mainland — and actually may have had the opposite effect. Among China’s business elite and/or nouveau riche circles, conspicuous consumption has become a way of life, and as such owning a car for which you had to pay upwards of $35,000 in import taxes alone is a good way to flaunt your cash.

As the Globe and Mail points out today, China’s import tax seems to benefit all parties involved — from the car companies who are recording record profits in China, to the government offices collecting mountains of tax revenue, to the conspicuous consumers cruising around Beijing or Shanghai in their pricey sports cars:

END_OF_DOCUMENT_TOKEN_TO_BE_REPLACED 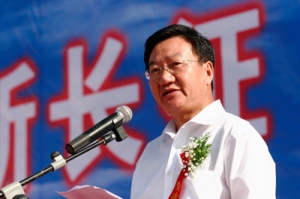 China’s high luxury import tax, which has over the years sent many potential luxury goods buyers across the border to nearby Hong Kong, or to foreign countries, may soon be lowered, in a move aimed at boosting domestic consumption. According to this China Daily brief, Jiang Zengwei, vice Minister of Commerce, said in an article published in People’s Daily that the move is also aimed at increasing overall sales revenue of luxury goods in the Chinese market.

Bloomberg’s Wing-Gar Cheng notes that Jiang’s plan extends to commodity goods as well, as “China’s government also wants to encourage spending on big- ticket items including vehicles and home appliances, and will be expanding trade-in subsidies to encourage consumers to replace old products with new ones.” Cheng goes on to quote Jiang’s thoughts on the potential broader payoff of a reduction in import tariffs: