China’s already extensive, but in some places aging, rail system has benefitted greatly from the government’s massive stimulus spending over the last twelve months. Earlier this year, the New York Times noted that the Chinese stimulus plan — which targeted, among other infrastructure projects, highways and railroads — could likely be a key part of the development of China’s interior cities, many of which have yet to reap the same benefits of the country’s economic growth as their much larger, east-coast counterparts like Shanghai:

The [Chinese] stimulus plan, one of the world’s largest, promises to carry the modernity of China’s coasts deep into the hinterlands, buying the kind of great leap forward it took the United States decades — and a world war — to build, and priming China for a new level of global competition.

China will spend $88 billion constructing intercity rail lines, the highest priority in the plan. It spent $44 billion last year and just $12 billion as recently as 2004, said John Scales, the transport coordinator for China at the World Bank.

As 2009 nears its end, China’s investment in rail infrastructure has not slowed, and in fact remains relatively sustained, due to the size both of the stimulus package and the country itself. Recently, Bombardier Sifang — Bombardier’s Chinese joint venture — nabbed an enviable contract to sell 80 “super high speed” trains to China, a contract worth an estimated US$4 billion (27.4 billion yuan). From China Daily:

END_OF_DOCUMENT_TOKEN_TO_BE_REPLACED

Hong Kong’s “Haute Dim Sum” The Toast Of The Town 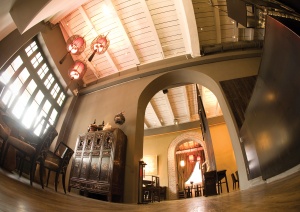 Dim sum, the Cantonese specialty, has been available in most large cities around the world for decades. So why, suddenly, has more attention been paid to Hong Kong’s dim sum restaurants, in publications like The New York Times — which features an article today about the former British colony’s “haute dim sum”? I think the answer lies within the question — simply because haute dim sum, integrating top quality ingredients and an internationalized flair, is a hit with global food critics.

Lauren Shockey, writing in the Times’ “Global Table” blog, gives us non-Hong-Kongers a glimpse into the city’s seamless mixture of tradition and innovation as reflected in deceptively simple dumplings and dim sum favorites like pork buns:

Any visit to Hong Kong requires at least one dim sum feast.

END_OF_DOCUMENT_TOKEN_TO_BE_REPLACED

Fall Auction Season To Be Packed With Chinese Arts, From Antiquities To Contemporary Pieces

Arthur Sackler amassed an impressive collection of artwork in his lifetime, including rare Chinese furniture, ceramics, and paintings

Carol Vogel writes today in the New York Times about the upcoming Sotheby’s auction of pieces (to be held September 16), which includes many pieces of Chinese furniture and artwork from the collection of Dr. Arthur M. Sackler — “the psychiatrist and philanthropist who became one of the leading art collectors in the United States.” Vogel points out that this sale will offer not only Chinese works but valuable works from Sackler’s extensive collection of European Impressionists and sculptures as well.

Of course, to us, it is the sale of some of Sackler’s enviable collection of Chinese art and furniture that is the most interesting. According to Art Daily, this Sackler auction includes many rare and exotic pieces dating back as far as the 17th century:

END_OF_DOCUMENT_TOKEN_TO_BE_REPLACED

Art Auction Season Warming Up As HK Auctions Near

With Auctions Of Western Favorites Doing Better Than Expected, Will We See The Same Excitement Surround Upcoming Contemporary Asian and Chinese Art Auctions?

As trend-watchers love to say, the art market may be down from last year, but it’s far from out. Yesterday’s auction at Christie’s suprised many, with better-than-expected bidding and several works exceeding their estimates. As the New York Times noted, works by historical favorites like Picasso and Giacometti brought solid prices, and the auction injected a dose of optimism into the auction market, which has recently been affected by the same drop in confidence as the rest of the economy. However, Christie’s success is not the main point that interested me in the New York Times article. This is what caught my eye: