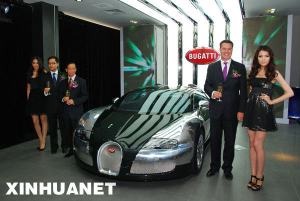 China’s growing automotive demand has been great for automakers of all stripes, from up-and-coming budget domestic brands to the world’s most expensive and exclusive marks. Already this year, companies like Japan’s Mitsuoka Motor Co have announced their intentions to build showrooms in China, Porsche debuted its Panamera Turbo at the Shanghai Auto Show, Ferrari created a China-only version of its 599 GTB Fiorano, and Rolls Royce received 20 orders for its $250,000 Ghost after presenting the automobile in Hong Kong.

“The opening of the show room, the first one in the world, shows Bugatti’s confidence in China‘s luxury carmarket, “said Mr Kuo-chung, President of Bugatti China.

Kuo-chung said backed by sustained economic boom, China now has a significant number of billionaires, pointing to the annual Hurun Report which said China now has more known dollar billionaires than any other country bar the United States. 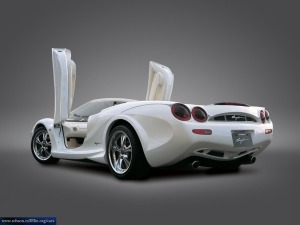 The growing Chinese luxury market is a prime target for many Asian companies that have found demand in their home countries — mainly South Korea and Japan — either growing at a snail’s pace or simply remaining stagnant. As formerly luxury-mad consumers in traditional markets like Japan cut back on their spending, high-end Japanese companies have started to look abroad for more opportunities, with China remaining the natural choice as a result of its proximity and massive population.

Recently, Japan’s Mitsuoka Motor Co., one of the country’s major luxury automakers, announced their plans to enter the Chinese market next year, starting with a showroom in Beijing that is slated to open in April. To lead their China efforts, the company will display their Orochi model at next year’s Beijing Auto Show and follow up their Beijing strategy with new dealerships in other top-tier cities:

The Orochi will spearhead Mitsuoka’s debut into China. The company plans to display the car at next year’s Beijing Auto Show, and to open dealerships in Beijing, Shanghai and Guangzhou.