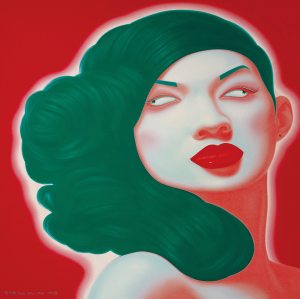 Hong Kong has been the center of attention in the art world over recently, with everyone still talking about the city’s successful HK 09 Art Festival, which took place last month. Alongside the exhibitions of artwork from around the world, the stage was been set for a number of exciting auctions of contemporary Chinese and Western art to take place, both from established houses and newer, Asian auction houses.

Taiwan’s Ravenel Art Group, a relative newcomer, held a major preview of its upcoming Taipei auction in Hong Kong on May 23-24, highlighting the auction house’s focus on a number of high-profile contemporary Chinese artists. Coming later this week, Ravenel’s auction of contemporary Chinese and Southeast Asian art has all eyes on Taipei. A Chinese auction house selling in China to a bidding base that is expected to be primarily Chinese is nothing if not a significant move in the contemporary art world. As we have written often in the past, the “New Chinese Collector” is a mysterious buyer base, one whose art-buying habits are not yet quantified.

END_OF_DOCUMENT_TOKEN_TO_BE_REPLACED

The Pearl River Delta Rises On A Tide Of Art Developments

The Influential Trio Of Hong Kong, Shenzhen, And Guangzhou Roar To Life For Events Like The Guangzhou Triennial 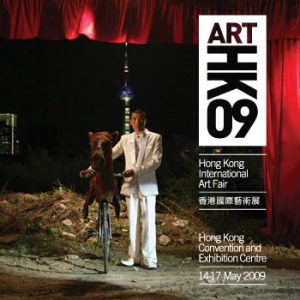 Art collectors and lovers are looking to Hong Kong to become Greater China’s devoted art epicenter. The region’s already-enacted duty law reforms, smooth business culture, and unique blend of Asian and Western culture have made it, and continue to make it, the world’s meeting ground. In the arts, this is no exception. Taking place in the heart of China’s wealth factory, the Pearl River Delta of Hong Kong, Shenzhen and Guangzhou — where the Mainland’s first experiments with capitalism took place in the late 1970s — annual events like the Guangzhou Biennial and the upcoming Hong Kong Art Fair (ART HK 09) are big draws for China’s emerging art consumer, the wealthy, investment-savvy “New Chinese Collector.”