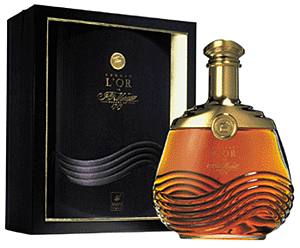 Bloomberg reports that cognac brand Martell has sold out of its $3,600-per-bottle L’Or cognac, mainly because of strong demand in the Chinese market, where cognac has increased in popularity rapidly over the past 15 years. As developed markets like the US become less dependable in the face of economic concerns and consumer cut-backs, distillers have had to look eastward, and the growing popularity of cognac, wine and other liqueurs has counteracted the falling demand in other global markets.

In East Asia, much of the success of cognac depends on the China market, where Chinese drinkers have responded well to branding and marketing efforts of brands like Martell and Hennessy, and brand tie-ins have boosted the visibility and consumer recognition of major brands. And although Martell still lags behind Hennessy in the Chinese market, major initiatives like television sponsorship and bar promotions have significantly boosted their market share in the last few years. As an earlier Bloomberg article points out, “[Martell’s parent company] Pernod has established a strong foothold in the Chinese market, overtaking Rémy Cointreau Group for second place, with 26% market share, compared with Rémy’s 20%, as of 2007, the latest data available from Euromonitor. Both companies still lag behind leader LVMH Moët Hennessy Louis Vuitton, which holds a 44% market share.”