With A Big-Name Spokeswoman And Niche-Within-A-Niche Target Market, Can CECT’s Luxury Handsets Make A Name For Themselves Globally? 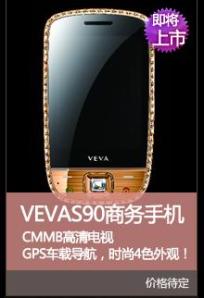 The Chinese telecom company Qiao Xing, which produces mobile phones under its subsidiary CECT, has recently made some tech headlines stateside, after rumors that the company had signed an agreement with American chipmaker Freescale Semiconductor to purchase Freescale’s mobile handset chip business proved true, then news broke that the company had hired 200 engineers to get busy developing new 3G mobile phones. All of this news, ostensibly, shows that Qiao Xing and CECT are interested in better positioning themselves to break out of the Chinese market and retool for global competitiveness.