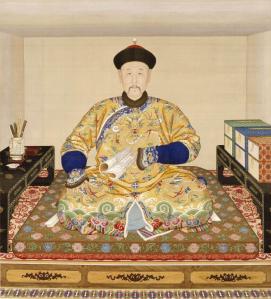 As ties between China and Taiwan have gradually become closer (particularly in the last year, following the election of Ma Ying-jeou), stories of cross-straits cooperation are becoming increasingly common. From China’s opening of direct flights to Taiwan to increased Taiwanese investment in the mainland (and vice versa) to today’s story about China sending 40 Qing Dynasty-era artifacts to Taipei’s National Palace Museum this October, cooperative gestures between Beijing and Taipei are something of a welcome sign.

Although simmering disputes remain between the two governments about thousands of artifacts taken to Taiwan as the Nationalist army made its retreat to the island in 1949 — which Beijing has sought to repatriate for decades — this exhibition is seen by many as a conciliatory step towards more direct talks on the future of the Chinese artifacts held in Taiwan’s National Palace Museum. As the BBC writes,

About 650,000 paintings, bronzes, porcelain and jade from Beijing’s imperial collection were packed into crates to escape the Japanese army in the 1930s.