Festival Will Bring Together Performing And Visual Arts, Music, And Film

This month is shaping up to be pretty exciting for China-watchers in Orange County, California and New York City, as Carnegie Hall presents a new festival celebrating Chinese culture, “Ancient Paths, Modern Voices.” Scheduled for both cities are a number of performances by top Chinese musicians, film screenings, contemporary Chinese art exhibitions and more. The festivals will take place from October 11 to November 24 in Orange County and from October 21–November 10 in New York. From a release:

“The immemorial culture of China has made itself felt throughout the world for many centuries-but its influence today is arguably more widespread, and more directly present, than at any other time in history,” stated Dean Corey, President and Artistic Director of the Philharmonic Society of Orange County. “That is the source of the richness and excitement of Ancient Paths, Modern Voices. The festival presents extraordinary expressions of the most venerable Chinese artistic traditions, then brings them into the here and now. This is Chinese culture in all its variety, from the deepest roots to the greenest branches.”

In New York, a number of partner organizations across the city will take part in the three-week festival, contributing venues as well as experts in the field of Chinese performing arts:

The festival’s opening days are filled with an incredibly rich variety of traditional music from China. Carnegie Hall presentations include marionette music theater from the city of Quanzhou in southeast China, where this art form stretches back thousands of years, and two programs created by pipa virtuoso Wu Man. She’ll bring together many styles of Chinese music from different cultures and regions for her concerts, featuring some artists who have never before performed outside of China.

Traditional music is also woven into opening weekend events presented by festival partners, from a program pairing calligraphy and the qin (seven-string plucked zither) at the China Institute, to a traditional Chinese teahouse with musical performance at the Asia Society. Moving from ancient music to modern dance, Works & Process at the Guggenheim presents a program of discussion and performance with the Chinese-American choreographer Shen Wei. 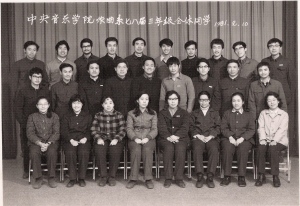 To take advantage of the many China-focused contemporary art galleries and organizations in New York’s Chelsea neighborhood, Carnegie Hall’s festival has many events planned that are designed to give attendees a glimpse of China’s vibrant and global contemporary arts movement:

Also, beginning October 21, Carnegie Hall will present Harmonic Visions, an exhibition of contemporary Chinese photography in Zankel Hall, sponsored and curated by Chambers Fine Art. China boasts more than 5,000 years of history, the presence and influence of which can be felt in many aspects of its society and culture. The visual artists featured in this exhibition combine their experiences of living in contemporary China with the country’s rich and diverse traditions. Artists featured are: Hong Hao, Hong Lei, He Yunchang, Qiu Zhijie, Rong Rong, Weng Fen, Wang Tiande, Yin Xiuzhen, Song Dong, and Zhang Huan. The exhibit will be open to Zankel Hall concertgoers through December 31.

Other visual arts events, presented by festival partners, include a panel discussion, China Art(s) Today, on November 2 at the Asia Society, moderated by Asia Society Director Melissa Chiu and featuring avant-garde artist Wenda Gu and award-winning composer and artist Tan Dun; and Silk and Bamboo: Music and Art of China, an exhibition of Chinese instruments and art, presented by The Metropolitan Museum of Art through February 7, 2010. On October 18, the museum presents “Sunday at the Met—A Chinese Celebration,” an event related to the exhibition, featuring performance and discussion.

This festival will definitely be a great opportunity for people in Orange County and New York to see a cross-section of China’s exciting performing and visual arts, and with many of China’s top musicians and artists actually attending some of the events, attendees might even get the chance to meet a few. Carnegie Hall has really outdone themselves this year with this ambitious and unique bicoastal event, and if the lineups are any indication, they won’t fail to please.