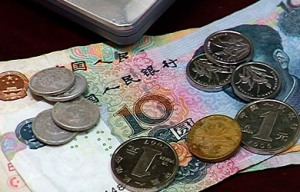 The Shanghai Daily reports today that the Hong Kong SAR government is set to debut a new class of bonds denominated in the Chinese RMB, a move seen as a significant milestone in China’s ambitious plan to make its yuan a more global currency. While articles about the yuan’s potential status as a major currency have multiplied in the last year, particularly following People’s Bank of China director Zhou Xiaochuan’s call earlier this year for the US dollar to be replaced as the world’s de facto reserve currency, less-publicized moves such as China’s currency swap agreements with several countries, and an expansion in the issuance of yuan bonds from commercial banks, have largely flown under the media radar.

With the announcement of these new yuan-denominated bonds, it is clear that China hopes to make Hong Kong even more of an international financial hub. Although the territory has, for decades, been a major financial power in the region, with its more relaxed political and financial system, Hong Kong looks to be one of the most accessible areas for China to experiment with some of its more long-term financial projects. With the strong linkage between Hong Kong and Shanghai — sometimes playfully referred to as “Shangkong” — if this program is successful it may mean more fluid and regular investment in yuan bonds by foreign investors as well as a simultaneous boost to the yuan’s reputation abroad.

As the Shanghai Daily article explains, the Chinese Ministry of Finance will offer $878 million (6 billion yuan) worth of the bonds to retail and institutional investors beginning on September 28:

Peng Wensheng, head of China research at Barclays Capital, said that while the amount is not large, it is a significant development in the internationalization of the yuan and for the development of the Hong Kong bond market.

“The issue broke new ground in an effort to promote the domestic currency as an international currency,” Peng said yesterday.

China is pushing for a stronger role for the yuan in the global arena to match its rising economic power.Bigger field

Financial authorities also expanded the issuance of yuan bonds from commercial banks this year after a cautious start years ago.

Earlier this month, China agreed to use the yuan to buy up to US$50 billion worth of the International Monetary Fund’s first bond issue. The IMF will lend the Chinese currency to its member countries in a step that will help promote the yuan as a future reserve currency.

Hong Kong is considered a key platform from which China will launch a raft of new deals aiding the globalization of the domestic currency.

“These developments suggest the authorities see the benefits as outweighing any potential concerns, and more issuers from the mainland are likely to come to the Hong Kong market,” Peng said.