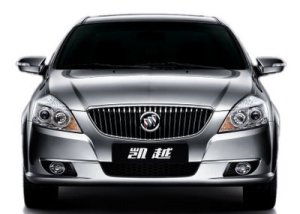 Buick has capitalized on its reputation for quality and luxury in the Chinese market, enjoying massive success and launching China-only models like the Excelle

As demand for new vehicles has remained sluggish in developed markets over the past two years, major automakers have rightly looked to retool their strategies to draw customers and build their brands in new markets. As we’ve written before, selling your brand in markets like China, where customers expect different things — and derive status from very specific brand attributes —  represents both a major opportunity and a new challenge. A good example of an automaker that has benefitted from the “blank slate” allowed it by entry into the young Chinese market is Buick, which has a reputation as a car for older, or middle-aged, drivers in its native market, the USA, yet has — through aggressive branding and advertising efforts — developed a reputation as a sleek, luxurious, youthful brand in the Chinese market.

So how can car brands optimize their brand equity in China? Depending on where they come from, their strategies differ greatly. While American car makers like Ford have had great success in overseas markets like Europe by pushing their reliability and value, in the Chinese market imported cars are, generally, chosen by buyers to be a status symbol, rather than “inexpensive.” Ford, then, cannot compete on price alone, as Chinese automakers like Chery and Geely — which have sizeable lineups of entry-level models — will always be able to undercut them. As a result, it is important for foreign car makers to not just build their brand in China, but to build a strong brand in China, one that speaks to Chinese consumers in a way that domestically-produced autos cannot. To break it down further, foreign automakers need to build a strong, distinctive brand — a German car must fit Chinese conceptions of German cars, Japanese cars Japanese attributes and so on.

In practice, how are foreign automakers faring in their Chinese branding strategies? Today, Reuters looks into the “uphill road” these brands are traveling in China, and how they have refocused their branding strategies to varying degrees of success. Using the example of a “nouveau riche” car buyers who has traded his BMW in for an Audi  — since the Audi has developed a strong reputation in China as a car for bureaucrats or (comparatively) “old money” while BMW is considered a brand for the nouveau riche (a group into which the buyer in question is loath to be grouped) — the article provides valuable insight into the particularities of a market so new that even seasoned marketers and branding execs are often at a loss to develop long-term strategies.

China’s car market is the world’s largest with growth opportunities that are dazzling. About 10 million vehicles will be bought in China this year, a 500 percent increase from 2000.

Yet despite the opportunities, foreign automakers face an uphill battle marketing cars in an intensely competitive and fickle market.

“The huge amount of foreign brands pushing into the Chinese market somehow overloads potential customers with far too much information,” said Jochen Goller, Vice President of marketing for BMW China.

“So it is getting more and more difficult to get brand and product messages through to and understood by the audience.”

One of the major problems faced by automakers that, on the whole, have been in the Chinese market for less than 20 years, is the idea of brand loyalty. Unlike more developed markets like Japan, South Korea and North America, Chinese consumers are less “enamored” with a set of brands and instead will switch among brands based on simple societal trends — like the one described above, as some brands are associated with the “nouveau riche”, who are often perceived as brash, uncultured and arrogant.

Despite the novelty of such campaigns as well as viral marketing initiatives such as a social networking website for BMW owners, industry experts say Chinese consumers have little brand loyalty.

“Few foreign automakers have successfully differentiated their brands in China so far because pricing, more than anything else, is still the number one concern for most buyers,” said Huang Zherui, an analyst with CSM Worldwide, a global industry consultancy.

“Customer loyalty is almost an unheard of concept here and even a moderate price-cut can easily swing customers away to the competing brands,” Huang added.

In China’s luxury sector, which makes up about 5 percent of car sales, Audi and BMW owners are starting to switch brands without a second thought.

One of the critical points made in the Reuters article is that of brand tailoring for a Chinese audience. While, for example, an American car buyer generally buys a vehicle for his or her commute — which can often be quite long in distance and time, requiring a comfortable interior — a certain class of Chinese commuter may hire a full-time driver, necessitating a comfortable back seat rather than a nicely-appointed driver’s seat.

Tailoring its models to the tastes of Chinese consumers, GM sells Cadillacs and other sedans with roomy backseats as many well-heeled Chinese prefer to be chauffeured through traffic-choked roads in China’s mega-cities.

Wrapping up, the article looks into the differing appeal of BMW and Audi in China, where one brand has emerged as flashy and ostentatious as the other has become associated with a more cerebral, businesslike clientele.

In sharp contrast to its sporty and sophisticated reputation in most of the world, BMW’s flashy image in China owes much to the company’s entry to the market in the mid-1990s when the first generation of newly wealthy began to emerge.

Desirable or not, the nouveau riche image has helped make China one of BMW’s fastest growing markets, with sales up 28 percent to 65,822 units last year.

Audi, meanwhile, benefited in a different way as the only foreign car brand on government procurement lists until recently, helping its A6 to become a favorite among senior Chinese officials.

Such unofficial endorsement has not only helped Audi, VW’s luxury brand, get a fifth of its annual China sales from government bodies, but has also made it a favorite among China’s new generation of business elite who often depend on government connections to get their jobs done.

5 responses to “Automotive Brand-Building In China: Opportunities And Challenges Abound”