Country Overtakes US In Luxury Spending, Purchasing Nearly A Quarter Of The World’s Luxury Goods Sold In 2008 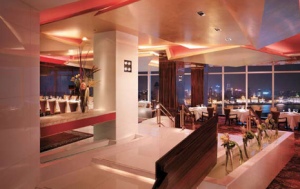 China is now second only to Japan in annual luxury spending, and is expected to overtake Japan within the next five years

The World Luxury Association reports that spending on luxury products of all types in China has surpassed that of the United States, with wealthy Chinese spending $8.6 billion on luxury goods inside the country. Figures do not account for Chinese tourists buying luxury products overseas. These figures will no doubt please luxury retailers in China — both domestic and foreign — but there are signs that these companies need to work even harder to broaden their market and consolidate their brand position. This may sound strange, seeing as how China is second only to Japan, and rising fast, in luxury spending, but in order to maintain and grow these figures, companies are going to have to ensure “luxury fatigue” does not set in among some of their most active customers.

News by the state-run broadcaster CCTV put the figures published by the World Luxury Association into the context of luxury retailers trying to speed up their China efforts, as the country is seen in many ways to be on a similar consumer trajectory to that of Japan in the 1950s and 1960s: