Art Auction Season Warming Up As HK Auctions Near

With Auctions Of Western Favorites Doing Better Than Expected, Will We See The Same Excitement Surround Upcoming Contemporary Asian and Chinese Art Auctions? 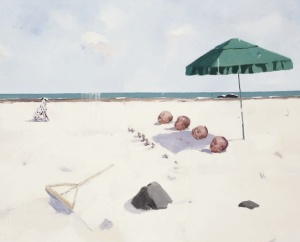 As trend-watchers love to say, the art market may be down from last year, but it’s far from out. Yesterday’s auction at Christie’s suprised many, with better-than-expected bidding and several works exceeding their estimates. As the New York Times noted, works by historical favorites like Picasso and Giacometti brought solid prices, and the auction injected a dose of optimism into the auction market, which has recently been affected by the same drop in confidence as the rest of the economy. However, Christie’s success is not the main point that interested me in the New York Times article. This is what caught my eye:

END_OF_DOCUMENT_TOKEN_TO_BE_REPLACED

By Dropping Duties, HK Paves The Way For Wine Imports To Increase Rapidly; Can The Mainland Be Far Behind?

Veteran China- and Hong Kong-watchers (and we at CLCB) have noted that the Greater China region has been one of the brightest spots for wine industry growth for a few years now. Although demand has been steadily growing in Hong Kong for quite some time, due to consumer tastes that widely favor Western wines, consumers in the Mainland have been a huge growth segment only recently. Throughout the region, China’s most devoted wine buffs have increasingly become a fixture at fine wine auctions, such as the one held in Hong Kong by Sotheby’s last month, in which 100% of the wines up for auction sold. But following the Hong Kong government’s decision to drop wine duties last year, global wine exporters have been able to develop an even bigger and more stable footprint in this critical port, paving the way for smoother access to the coveted Mainland market.