Millions Of Mainlanders Willing, Able To Spend On Travel, Luxury 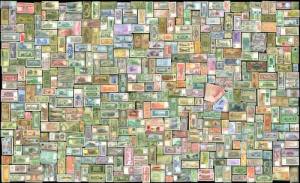 The Shanghai Daily has a story today findings by the Hurun Report (a sort of Chinese Robb Report) on the growing number of millionaires in China, noting that the most recent tally has exceeded the expectations of some China watchers:

The number of China’s super-rich “is beyond my expectation, and probably that of most of foreign people,” said Hurun Chairman Rupert Hoogewerf. “The rapid growth of the number of rich people in China manifested itself in the way the Chinese economy has kept a steady pace in recent years, because of surging real estate and stock markets.”

END_OF_DOCUMENT_TOKEN_TO_BE_REPLACED

When Looking Into Investments Like Real Estate Or Art, A Global Perspective And Awareness Of Chinese Culture Should Be Taken Into Account

The Motley Fool recently did a piece on “The Wrong Way to Invest in China,” detailing how most investors who want to get into the not-as-hot-as-before-but-still hot Chinese market often think that the best and safest way to do so is to dive in with exchange-traded funds like the iShares FTSE/Xinhua China 25 Index (FXI). Despite the popularity and relative success of this fund, by going with these bundled funds investors are missing out on the exact thing that makes the Chinese market so attractive for investment — the inventiveness and dynamism of the companies that power its growth:

By investing in FXI, you’re not sufficiently tapping into the entrepreneurial spirit of the Chinese people. See, FXI tracks a FTSE/Xinhua index mainly comprising state-owned enterprises (SOEs). In fact, of the top 10 holdings of the exchange-traded fund, 10 are SOEs (or are subsidiaries of SOEs, which for my purposes are one and the same).

Basically, jumping aboard FXI looks great — with its growth, relative to non-Chinese funds, but in actuality it is the involvement of these SOEs that holds it back, since the Chinese government has spun these enterprises off at an increasingly rapid pace since the 1970s. At the rate its going, getting too tied up with SOEs now could cause big problems later. And the monolithic SOEs that the government does hold onto for the long term may not be as concerned with making profits as their smaller competitors, since they will continue to lean on the support given them by the CCP.

The Chinese government has certainly reduced its ownership of some SOEs, but given the size of those companies and the size of the government’s remaining ownership, it could be a long time before those SOEs are fully privatized. Just imagine if the PRC decided to suddenly dump its huge stake in China Life Insurance into the public markets. It would be an utter disaster for those shares.

The bottom line is that, despite the loosening of the PRC’s grip, SOEs still do not put shareholder interests first. Their motivation is still at least partly political, so you’re better off looking for Chinese companies that have your interests at heart.