The Implications of the Yuan Appreciation

The evolution of China leads to internationalization of the yuan 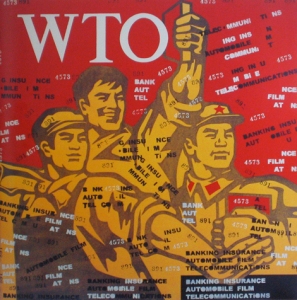 In December of last year, the Chinese economic publication Caijing introduced a new economic experiment conducted by the Chinese government in the Pearl River Delta — China’s go-to destination to test-drive new capitalistic ideas. To simplify foreign trade, the government began a pilot program to allow foreign trade exchanges to be conducted with the Chinese yuan rather than the previously-dictated dollar or Euro. This development, Caijing pointed out, is an early indicator of how the yuan is increasingly becoming a global currency:

The RMB took a step toward becoming an international currency…Currently, foreign traders denominate sales in foreign currencies, such as dollars and the Euro, and have to go through the State Administration of Foreign Exchange to change currency. This brings added risk from fluctuations in foreign exchange rates.

Since then, Caijing has posted a more thorough “roadmap for yuan internationalization,” written by Ye Xiang, a former official at the Hong Kong Monetary Authority. While Ye feels that the yuan could prove a stable international currency in the long run, he is more pragmatic about the time it would take for the currency to become more widely used or perceived as “the” global currency.

We must understand that it is an inevitable trend that the overseas yuan investment market will grow after foreign trade settlements in yuan become widely accepted…[W]e should let companies engaged in imports and exports adjust their yuan positions via banks to allow development of the overseas yuan monetary market. Gradually, a yuan investment market will take shape.

Is the yuan’s internationalization running parallel to China’s evolution as a global player? In other words, as China’s position in world affairs grows, will the same be said of its currency? If the yuan does indeed significantly appreciate against the dollar and China’s new Pearl River Delta experiment succeeds in making the yuan more of a global currency, will it magnify the global demand for Chinese assets such as consumer products, real estate, luxury goods, art, etc.?

Tough questions with no clear answer, particularly because the Chinese government’s exact intentions for the yuan remain so opaque. Also, it is hard to tell whether the government is in a hurry to see the yuan appreciate against the dollar during the current financial crisis, since China’s exposure to the dollar and US Treasuries is so high.

The yuan’s emergence as a major currency will take “certainly not years; it’s more likely to be decades,” said Simpfendorfer at Royal Bank of Scotland. He said it could depend on whether Chinese consumers step up spending in coming years, giving other countries a reason to use yuan the way free-spending Americans drove the dollar’s popularity.

UPDATE 4/1/09: The Financial Times weighs in on the subject:

There is much substance to Mr Zhou’s proposals. Arthur Kroeber of Dragonomics, a research company in China, argues that Beijing is staking out a responsible position whereby it seeks a multilateral alternative monitored by a multilateral body. It does not want to challenge the dollar but is serving notice that, over time, the world should diversify from overdependence on one currency.

One response to “The Implications of the Yuan Appreciation”